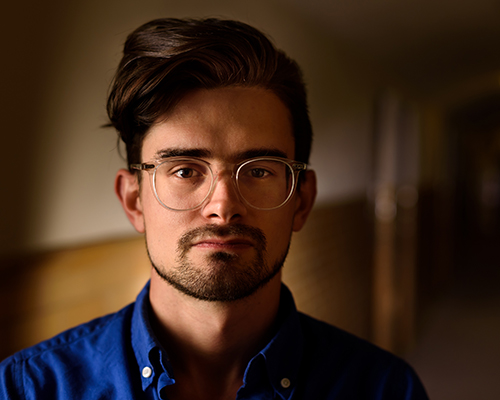 “The lack of knowledge of specific examples of abusive relationships in the LGBTQ community was one of the reasons I could not even think about my relationship as abusive,” Nick told me as I sat with him in a local café in Appleton. I first met Nick as a freshman in high school over a decade ago. Nick was a soft-spoken, shy kid with a mop of hair that fell easily over his eyes. Nick’s passion for activism started to grow while in high school, and I followed him on and off over the years as he went to college and became an adult.

About 12 years after high school, I met up with Nick again. He was battered and bruised after surviving a violent attack by his boyfriend at the time. After the attack, I worked with Nick, along with local LGBTQ advocates Amber and Tracy from Harbor House Domestic Abuse Programs in Appleton.

Nick said that the abuse in his 10-month relationship started within the first month when he was beaten and then thrown out of a dorm room with no jacket, no shoes, and forced to walk home across town in cold Wisconsin weather. Within the following months, Nick experienced physical assault by his then boyfriend so many times that he lost track. He blames a mix of “toxic masculinity and internalized homophobia” from preventing his ability to even recognize it. When he did experience feelings about the relationship, he told me, “I just ended up feeling more guilt and shame for not being able to handle my emotions.”

Nick talked openly with me about many incidents of violence, especially verbal abuse, within that relationship. When I asked Nick why he wanted to share his story now, he said, “It is now my personal mission in life to live as fully authentic as possible. I really want my insides to match my outsides. Hopefully by being vulnerable I can serve as a positive example for others.”

“The thing that got me was how many abuse tactics I was highlighting on that wheel. It didn’t matter the gender of my relationship. This tool was used with heterosexual women, and now it was speaking to me. Hearing another queer person tell me that it wasn’t my fault helped me focus on the actions of my abuser and helped me realize I needed to get out,” Nick said. He continued, “As a queer man, I just thought that the intensity to which this man loved me was all part of our ‘crazy love’ and that it was normal for queer relationships. If I had learned about this sooner, I would have gotten help sooner.” 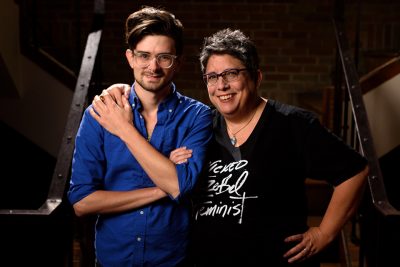 Today Nick is working through letting go of the past guilt and shame connected to the relationship with his abuser. Nick wanted people to know that there is healing and growth after abuse: “I’m experiencing a fantastic ‘full circle’ moment.” Nick continued, “As a youth I was fortunate to have a strong support network that encouraged me to develop my passions for social justice and queer activism. For me, learning to heal has meant learning to uncover those passions buried under the negativity and isolation of abuse and addiction. My community has welcomed me back into the fold with loving, open arms, and I now serve as a facilitator for the LGBT Partnership—the same youth development program that gave me so much strength and support. I am also a co-leader with Kathy for Showing Up for Racial Justice (SURJ) Appleton.”

Most survivors do not know LGBTQ advocates who can help. In the “2015 Report on Intimate Partner Violence in Lesbian, Gay, Bisexual, Transgender, Queer and HIV-Affected Communities in the U.S.” report published in November 2015 by the National Coalition of Anti-Violence Programs, we learned that 44% of survivors attempting to access emergency shelter were denied and 71% reported being denied because of their gender identity. This report found that while resources might exist for LGBTQ survivors, many have no way of knowing about them or accessing services, especially when it comes to accessing LGBTQ advocates.

To address disparities in access for LGBTQ survivors, in January 2017 Diverse & Resilient will launch the state’s first ever LGBTQ Survivor Resource Line to help connect survivors of Intimate Partner Violence to advocates and resources across the state. If you or a friend need help accessing services or want to talk through a safety plan about your own relationship, please call the Resource Line at 414-856-LGBT (5428). This is not a hotline, so it is not staffed 24 hours daily, but an advocate will get back to you within a short time and help direct you to services or develop a safety plan with you whether you plan to stay in the relationship, leave or seek other services. You can also visit our website to find out more information about Intimate Partner Violence within the LGBTQ community at www.roomtobesafe.org.

Even being a part of this article has been cathartic for Nick, who said, “I feel grateful every day that I’m able to use my past struggles as tools to fight for justice and spread the message of love and self-acceptance.”