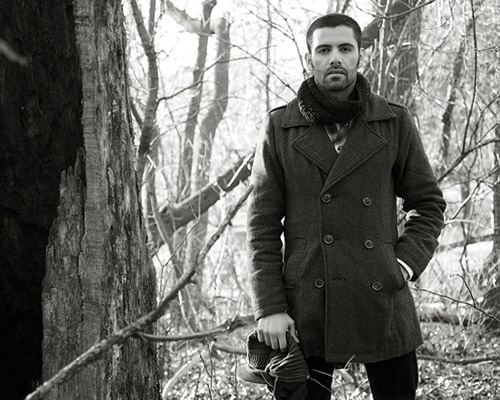 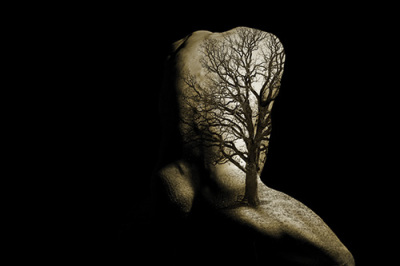 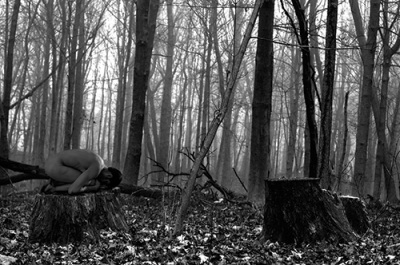 Among the many images Rolando Cruz exhibited at the Yellow Rose Gallery on State Street this past November was a portrait of a bright yellow bird. Rolando tells the story about how the bird caught his attention by flying right in front of him while he was walking to work. Shortly after it landed in Rolando’s path it died. Rolando carried it to a pond covered with a green blanket of duckweed and gently set the bird on top of the plant-saturated water. He then placed a branch next to the bird, offering up this familiar object in much the same way one might place a keepsake into their loved one’s casket.

Like a Victorian memento mori, Rolando captured a post-mortem portrait of the little being. He memorialized the passing of a life that he had the honor of witnessing. Rolando has used the process of photography to try to understand life’s confounding mysteries since he was a young child—yellow birds, beautiful landscapes, people, even his own identity. Making art helps him make sense of it all.

Rolando’s work, not unlike the artist himself, expresses pain and beauty, vulnerability and strength, the power of memory, and an abiding hope for the future. He is an observer of nature and culture and believes in the strong interplay between both. He considers his identity a feeling, not an objective and unchanging fact. He is fascinated by how people project their assumptions about his identity upon him. Muslim? Straight? Rich? Poor? People, with their relentless drive to analyze and categorize, try to guess, but Rolando is not likely to fit neatly into anyone’s pre-conceived notions.

Rolando comes from a remote mountain town in the state of Michoacán on the Pacific southwest coast of Mexico. He shared sweet memories of walking to church with his mother, creating a comforting and long-lasting imprint of family and his encounters with nature along the way. He moved to Wisconsin at age 16 to live with his sister-in-law and brother, but after coming out, he ended up on his own in Madison, with a job but no place to live. Through his own tenacity and the kindness of others, he has traversed an obstacle course of a life path. Talk with him now, and it is clear that he wouldn’t remove anything from his journey: it has made him who he is and brought him to where he is now.

He is 38 years old, happily married, co-parenting five children, running long distance, working, and beginning to gain recognition as a photographer. In September, at Madison’s inaugural Latino Arts Fair at the Central Library, Rolando’s work was recognized with a “Best in Show” award. He has had gallery shows in Mineral Point and throughout Madison and contributes to group shows as well. He is about to travel home to Mexico and will of course bring his trusted camera, the combination of which will certainly yield dozens of compelling images for a new series or exhibition.

In his artist statement Rolando says, “Often for me, the simple gesture of an ordinary everyday event is all I need to spark inspiration. For example, looking in the mirror in the morning and seeing the reflection of myself looking back can be inspirational. Not because I’m looking at myself, but instead because I know the sequences of events that have led to this moment and the infinite possibility which stem from that point forward.”

It is perhaps the juxtaposition of those everyday events and that limitless future that have brought Rolando to such an exciting and balanced place. It is also because of that, moving forward this emerging artist will be one to watch.

For more information about the artist visit his website rolandocruz.com.

Karin Wolf is the arts program administrator for the City of Madison Department of Planning and Community and Economic Development and the Madison Arts Commission.