Finding A Place on the Ice

Kevin Colelli used Madison Gay Hockey Association’s annual essay to talk about falling in love with a sport that didn’t seem to love him back, and how the MGHA helped him bring his whole self to the table.

I fell in love with hockey in college. I was in the marching band for a university that has no football team. Hockey is our biggest sport, and we take it seriously. The upperclassmen taught the rookies all the traditions: what songs we played, what cheers we did, what all the rules meant.

Finally, our home opener came. It was electric and I was hooked right away. The fast pace, the skill, the athleticism; I soaked it all in. Per tradition, the first song the band played is a bullfighter’s theme. After the final note, the entire band and student section yells “Olé!” Much to my surprise, the student section continued yelling:

What? I didn’t really process what had happened. I asked the senior next to me to confirm what I thought I heard. He confirmed, with a chuckle and a grin, that we call the other team’s goalie gay to try to throw him off his game. This took me completely by surprise. The fans of the sport that I love were using homosexuality to make fun of the opposing goalie. And I, a closeted gay eighteen-year-old, stood there and listened to them do it. For every home game. I could count on one hand the number of people that knew I was gay, and my courage to expand that number vanished.

As quickly as I had learned to love hockey, I learned that the world of men’s hockey is not a welcoming one for people like me. Luckily for me, my college also has a top-tier women’s hockey program. Here the homophobic cheers were nowhere to be found, and the lack of fighting and machismo meant that I got to see more of what I really love; fast-paced and skilled hockey.

I started covering professional women’s hockey for sports websites, and have been working with a lot of amazing folks to grow the women’s game. But as a cisgender man, I know that this space isn’t one that is directly for me, and I’m always careful to not overstep my bounds. I didn’t feel comfortable in the realm of men’s hockey, but don’t belong in the foreground of women’s hockey.

Before the MGHA, being part of any LGBTQIA+ community was not something I’d ever experienced. I had many supportive friends in college, even a few gay friends, but I was never proud of being gay. I felt that if I wanted to live a normal life—be a successful engineer, love hockey—being gay would have to be a secondary part of my identity at most.

After graduation, I moved to Madison and eventually ended a long-term relationship. It was a pretty low time for me. I lost interest in everything I had once loved. Even hockey was becoming tedious. When NHL players get suspended for using homophobic slurs, you find yourself wondering why such a huge piece of your heart belongs to a sport that at best is indifferent to you, and at worst hates you. It became increasingly difficult to reconcile my passion for hockey with my identity as a gay man.

Then I joined the MGHA. It was amazing to be around so many people who were proud to be queer and proud to love hockey. It was the first time I could be in a locker room and not fear that I was unwelcome. The first time I could play a competitive sport without worrying I wasn’t acting masculine enough. It was something I didn’t know how badly I needed until I found it.

The MGHA helped me finally accept myself, all of myself, and realize that I can be one whole person instead of two halves constantly at odds. Most importantly, the MGHA gave me friends. Friends who I can be my whole self around with no fear of judgment. Friends who invited me to Thanksgiving dinner. Friends who road-tripped with me to Michigan to watch the IIHF Women’s World Championship.

Transgender NWHL player Harrison Browne said it best, “You have to be your authentic self to be happy.” I honestly do not know where I would be today if I was not able to find a community of people to help me realize that my passions can live hand-in-hand with my identity. Thanks to the MGHA I can say, for the first time in my life, I am being my authentic self. I am happy. 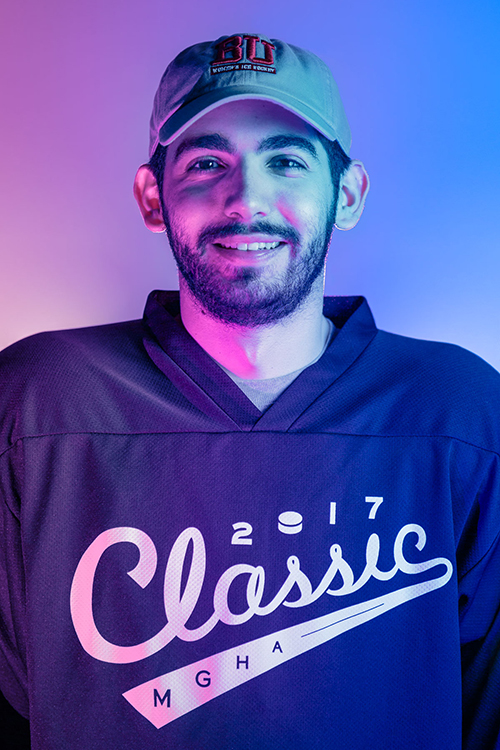