Confessions of a Wannabe Soccer Mom 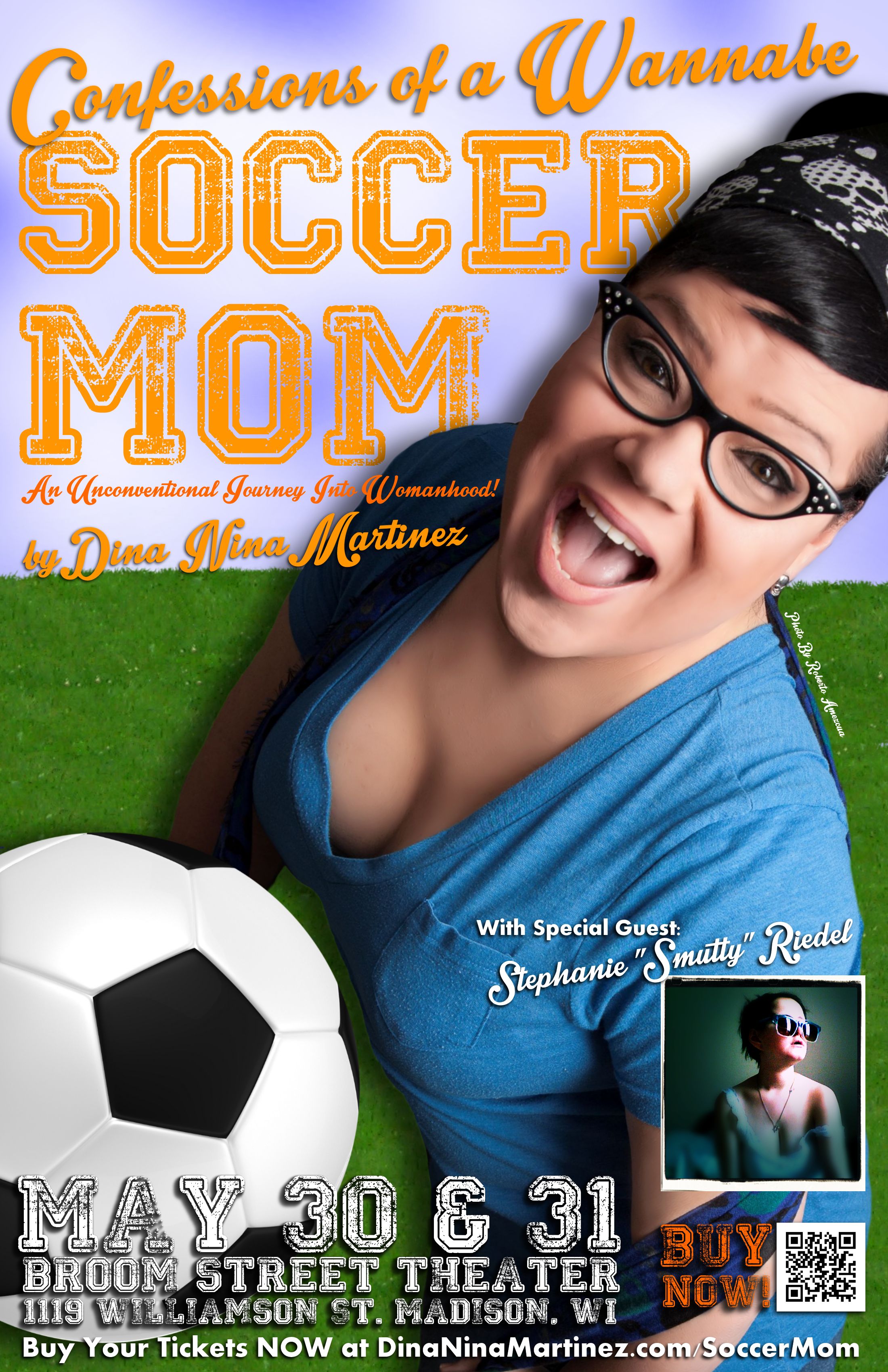 Confessions of A Wannabe Soccer Mom is a comedic storytelling of Dina Nina Martinez’s “Unconventional Journey Into Womanhood!” She recounts her youth in small town Texas, and the laughable life that’s brought her from Los Angeles to Madison.

Her journey is marked by her loves and lack thereofs. From Coach Russell to Pastor Dane, Dina tells of the men she’s loved throughout her life and the very moment she knew she’d become a woman. It was like having a quinceanera on a city bus.

“Confessions” is full of humorous anecdotes of being the artsy child with a robust fantasy life and touching moments of realness–the ups, downs and the numerous coming outs.

About Dina : Dina Nina Martinez. Martinez is a transgender standup comedian and actor from LA who currently resides in Madison, Wisconsin. Her signature blend of disarming sass and charm has been featured in comedy festivals and multiple world class comedy venues including LA Pride, The Chicago

Women’s Funny Festival, LA’s The Comedy Store and Chicago’s Zanies Comedy Club. She is the creator and host of Madison’s first and only queer comedy show Alphabet Soup, “The D Word” podcast, and the forthcoming The Dina Martinez Show. She was recently named one of the “40 Hot Queer Women In Comedy” by AfterEllen.com. Though LA was cute and she’s certainly got fabulousness to spare, Martinez’s long term goals are to settle down and be a soccer mom. Her website is DinaMartinez.com

About Stephanie:
Stephanie Riedel is a Madison area writer who regularly performs her poignant works on stage for The Bricks Theatre’s “That’s What She Said.” Her stories are oftentimes about being little, but also about finding herself in the rubble that coping with depression can leave behind. Stephanie bares her heart and soul in hopes others will recognize themselves in her journey and not feel so alone in theirs.