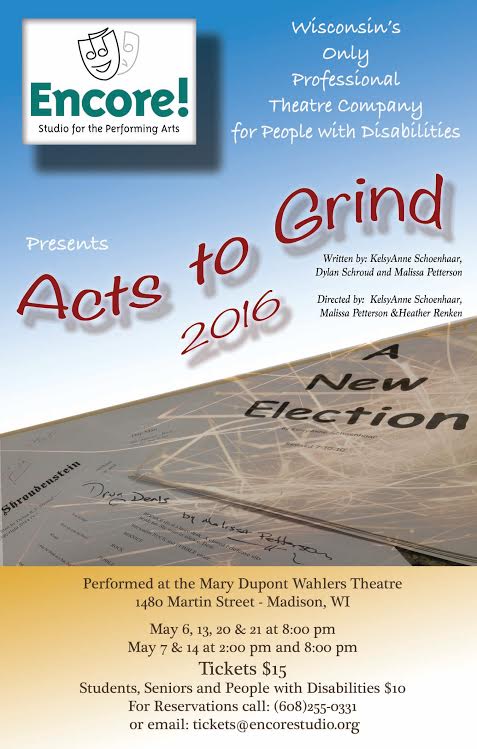 Encore presents their annual series of short plays in Acts to Grind – 2016.  Included in this year’s selection are the premieres of, Shroudenstein – Co-written by Dylan Shroud and KelsyAnne Schoenhaar; and Drug Deals, by Malissa Petterson.  In addition, and in keeping with the season, Encore will bring back A New Election – a three act intermezzo by Schoenhaar which poses some interesting “what-if” scenarios.  Two more shorts included are, Dapman (a short play with music) and Karma – a terse example of when right-wing and left-wing politics collide.

This production will be directed by Executive Director Schoenhaar, Artistic Associates Heather Renken and Malissa Petterson.

Ticket prices are $15, or $10 students, seniors & people with disabilities.

There will be limited seating so reserve your tickets early!

Tickets may be reserved by calling 608-255-0331, or email your reservations to: tickets@encorestudio.org