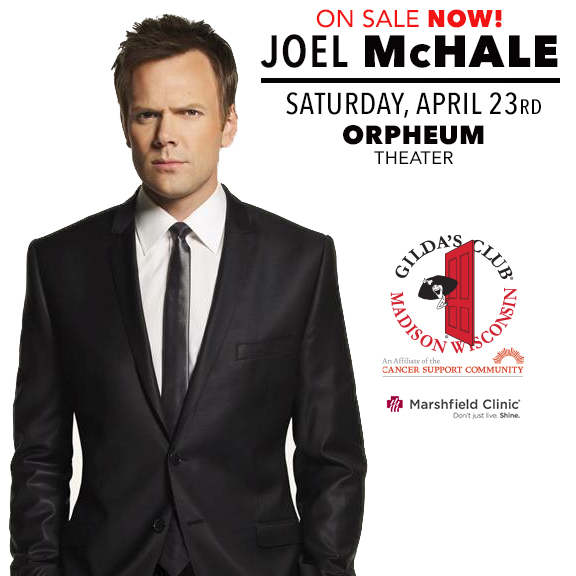 Gilda’s Club Madison is hosting comedian/actor Joel McHale at the Orpheum Theater on Saturday, April 23 as a fundraiser to support families during their journey with cancer.

Joel McHale is one of the most sought after comedians and actors in the industry. McHale recently wrapped his twelfth and final season of E!’s The Soup in which he satirized pop culture and current events. He is also best known for his starring role on the hit comedy series Community, which wrapped its sixth season on Yahoo after five seasons on NBC. McHale can most recently be seen on Fox’s revival of The X-Files, where he plays a conservative news anchor. He also continues to perform his stand-up act around the country to sold-out audiences