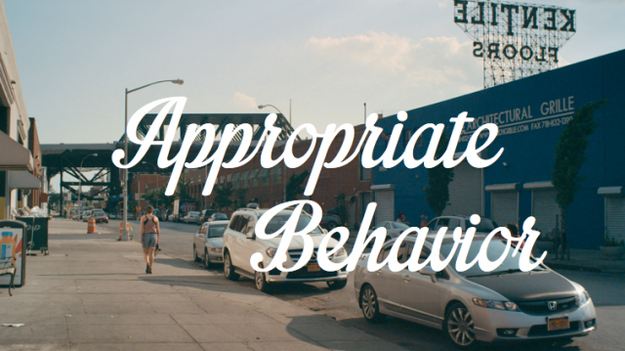 UW-Madison’s Cinematheque is proud to present the Madison premiere of “Appropriate Behavior,” a hilarious bisexual relationship comedy that premiered to great acclaim at the 2014 Sundance Film Festival. The film follows Shirin, an Iranian-American bisexual reeling from a breakup, as she falls in and out of myriad Brooklyn beds while remaining closed to her conservative Persian family.  With her knack for witty dialogue and disarming sexual frankness, writer/director/star Desiree Akhavan has been widely hailed as “the next Lena Dunham,” and will be a new cast member on the upcoming season of Girls.
The Cinematheque will be presenting the Madison premiere of this amazing film for FREE on Friday, November 21, in advance of its theatrical opening next year.
Film’s website: http://appropriatebehaviormovie.com
Screening details:
Date: 11/21/14
Time: 7pm
Film: Appropriate Behavior
Location: UW Cinematheque, 4070 Vilas Hall
Cost: Free
+ Google Calendar+ iCal Export

Room to Heal Through Art

Inside Out – Rep Performances