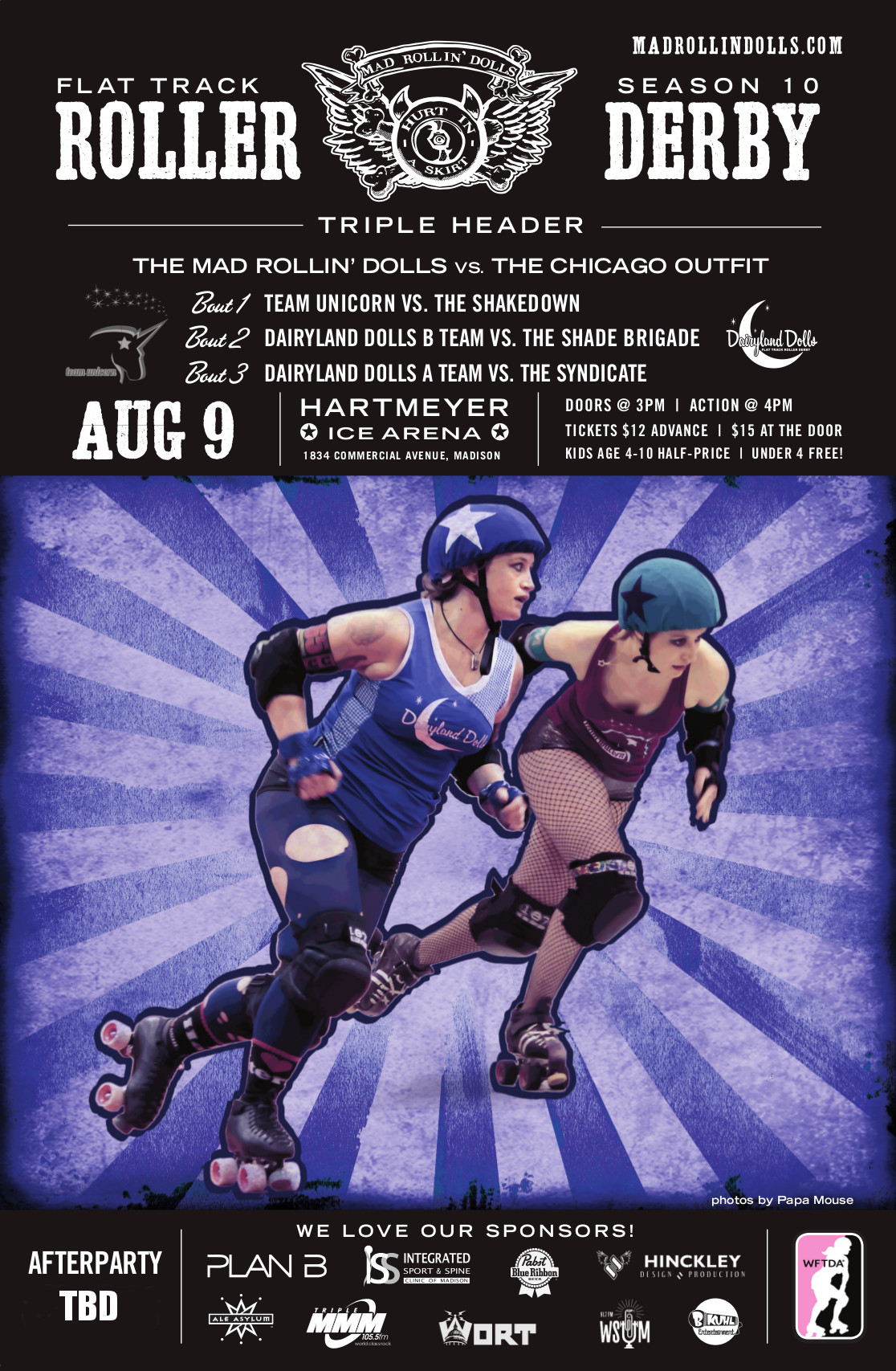 Tickets for the bout are $12 in advance or $15 at the door. Kids ages four through 10 are admitted at half price, and 3 and under are free. Doors open early for this triple header at 3 p.m., and the bouts start at 4 p.m.

The last bout of the summer will be a triple header featuring all three of MRD’s interleague teams taking on the Chicago Outfit’s three interleague teams. Team Unicorn will once again start the night’s festivities against The Shakedown, followed by each league’s B-team dueling it out.

The final bout of the evening will be between the #30 Dairyland Dolls A-team and the #60 Outfit’s Syndicate in what should be something of a grudge match. These two teams first met at Monumental Mayhem in 2010 with the Outfit handing the Dolls a surprise defeat in that year’s North Central regional playoff. The Syndicate then traveled up to Madison last June where the Dolls avenged that playoff loss in a closed bout, only to lose to the Syndicate when they traveled there two months later. What will happen this meeting is anybody’s guess. The Syndicate currently leads the series 2-1.

For information on purchasing tickets, a complete season schedule, and after-party locations, go to madrollindolls.com.

The afterparty for this game will be held at the Hartmeyer itself–it’s a giant, tiki-themed tailgate party with food and good times!