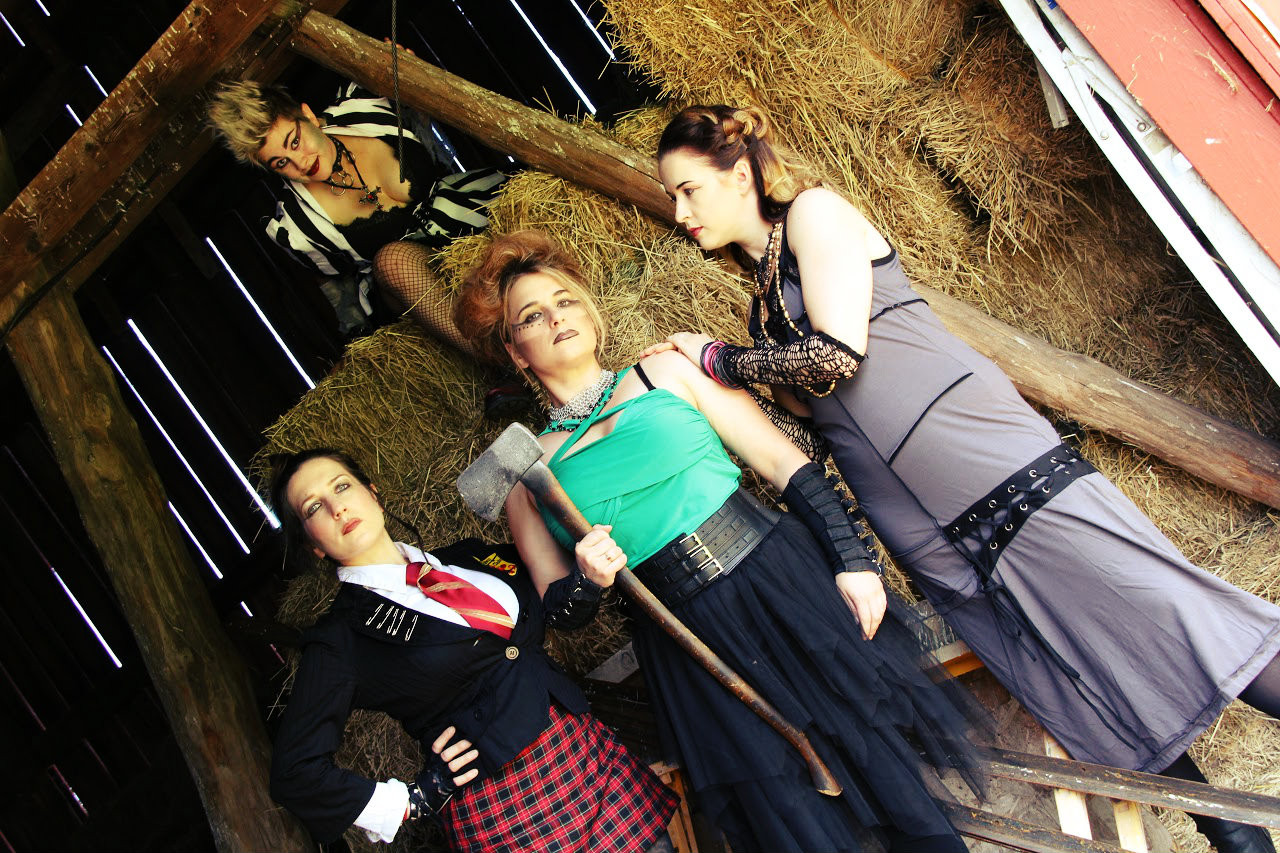 “Lizzie Borden took an axe, gave her mother forty whacks.
When she saw what she had done, she gave her father forty-one.”

Lizzie Borden, one of America’s most notorious alleged murderers, comes chillingly to life in LIZZIE, a glorious rock musical performed by a quartet of power house women. Go back to August of 1892 on a wild ride of sex, conspiracy, and murder in this musical gem that’s sweeping the globe.
​
On a sweltering summer morning in 1892, in a small New England city, a prominent businessman and his wife were brutally axed to death in their home. Their daughter Lizzie Borden was the prime suspect. Lizzie’s trial was a coast-to-coast media sensation, and her story has become an American legend. In this remarkable piece, we explore what led up to that bloody day through the eyes of troubled Lizzie, her sister Emma, their maid Bridget, and Lizzie’s friend and lover Alice. This blistering rock musical owes its inspiration to both the intricate character studies of Stephen Sondheim and the heart pounding sounds of Bikini Kill, Heart, and the Runaways. Don’t miss the hottest ticket of the summer!
​
“The greatest American musical since Sweeney Todd.” -British Theatre
​
“A gothic rock ritual with a ‘riotgirl’ attitude … an eerie hybrid of rock club and a turn-of-the-century New England parlor.”
“Presented with wall-rattling glee…deliciously watchable.” -The New York Times
​
“Lush tunes which retch sex, rage, dyke heat, misanthropy, and incest … Surreal glee and gallows humor … Finally, a rock musical you’d wanna mosh to.” – The Village Voice
​
Learn more about other productions of LIZZIE and hear songs from the show at www.lizziethemusical.com.

Audience advisory: LIZZIE contains strong insinuations of violence (no blood), as well as allusions to mental and sexual abuse by a parent. One song includes frequent swearing. Contact info@mtmadison.com if you have questions to help you decide if this show is right for you or a child/loved one.

Tickets: $28 General Admission, $20 Students (ID required)
Late Night Show Tickets (August 25 at 10:30pm): $20 General Admission, $18 Students (ID Required)
​
Ordering Options:
Order online here
Order by phone at 608-265-ARTS (2787)
Order in person at the Campus Arts Box Office, 800 Langdon St. (Click here for hours and information)
​
Please note: There is a $4.00 per ticket convenience fee to order online or by phone, which goes to the Union Theater. This fee may be bypassed by buying tickets in person during box office hours or on the night of the performance.

*At the late night performance, understudies will perform the roles of Emma Borden and Bridget Sullivan.