Home is Where the Heartland Is 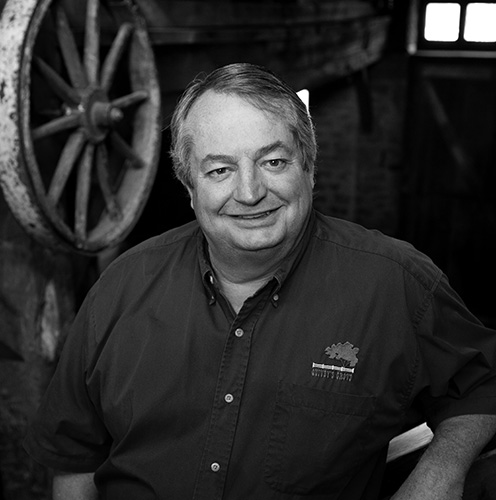 ome things just shouldn’t change. The simple goodness of a popover stuffed with chicken and mushrooms snuggled up in a cream wine sauce has been on the menu at Quivey’s Grove since day one and their customers wouldn’t want it any other way.

“There’s still something about certain combinations that absolutely work and they work for a reason because they hit a kind of memory for people,” said owner and general manager Craig Kuenning, who has been with Quivey’s Grove since its inception.

At Quivey’s, customers know they can count on the outdoor lake perch fry in the summer, or the beer festival in October. Year round, a fervent following indulges in the turtle pie and steamed chocolate pudding (from both of Kuenning’s grandmothers’ recipes).

There’s an unabashed abundance of butter, cream, meat and potatoes for a taste of Midwestern home cooking (that’s why it tastes so good!) likened to what Kuenning recalls of special Sunday suppers.

Outside, the highway is near but forgettable behind the shelter of old soul trees – the black walnuts, maples and elms that inspired the namesake, Quivey’s Grove, and I can’t help but imagine the Arabian horses and Afghan hounds that once fit into the landscape, too, at this former stable and kennel. The way to the Stone House is through Grandmother’s Garden, which Deirdre Garton is known to tend to. Inside, the late Joe Garton’s legacy is in the period art on the walls.

Joe Garton, former President of the WI Arts Board Chairman, opened Quivey’s Grove in 1980. Both the Stone House and Stable Grill buildings are on the National Register of Historic Places and were originally owned by John Mann in the 1840’s. Garton hired architect Arlan Kay, who specialized in historic restoration, to help appropriate the space for a restaurant. Kuenning’s father worked for Kay, and when he heard about this new venture he knew he wanted to be a part of it.

Although Kuenning was originally hired to help with the kitchen floor plans, on opening night, the chef walked out, and Kuenning filled his shoes. A few years later, he became general manager and a few years after that, he joined ownership.

In a restaurant culture in which high turnover is the norm, Quivey’s is an exception. Kuenning estimates that the average length of service in his kitchen is 12 years. Former executive chef Paul Hellenbrand stayed on for 30 years before departing last year to pursue a business venture with his son. His successor, Chef Scott Roe, started in 1981 as a dishwasher. Stone House hostess Lynn Larue has been on since opening night and bookkeeper Mary Lou Kean has 20 years plus with the business.

“We have this core group of people who have been with us so long that it becomes very much of a family and I, as kind of a leader of this group, have tried to make it work like a family because these people all take so much pride in working here. They’ve kind of taken this personal ownership of the business and I think that more than anything has been responsible for our success,” Kuenning said.

Customers, too, have taken ownership of Quivey’s as “their restaurant”, Kuenning adds, mentioning regulars who have been patroning just as long as some of the staff has been working there.

“When I hear people that tell me, ‘Oh, we’ve been coming to your restaurant since 1981 when we first moved to Madison 30 years ago’, ‘Oh, we had our rehearsal dinner here 25 years ago’… I think it’s a very different relationship with your customers than what’s happening in most other places and restaurants,” Kuenning said.

Just think, the next best thing might be the same old thing.